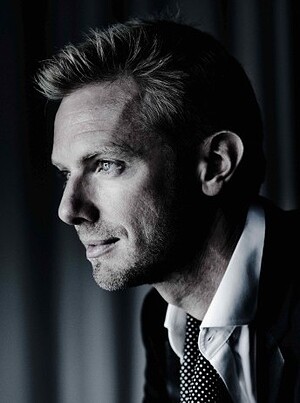 American pianist Andrew von Oeyen completely rethought plans for his next recording when lockdown struck, finding solace and inspiration in Bach and release in Beethoven. He talks to IDAGIO about the process and the album that resulted.

I think that Bach was appealing to me for so many reasons, but one of those reasons was that nothing else was appealing to me. When the first lockdown happened I didn't even feel like practising, especially the pieces I had scheduled for that time – some of the big romantic concertos; Chopin, Liszt and Ravel. None of this music really appealed to me, but because of the absence of concerts, I had a lot of time on my hands to just explore repertoire. I said to myself: that repertoire doesn't appeal to me, so what does?

Bach is just so rational; it's such a clear language, with something cleansing about it. And this clarity in his language during a very chaotic time sort of grounded me, gave me a kind of hope. Then I also realised that a lot of Bach's [keyboard] music wasn't even written to be played for an audience, or to elicit a big response. It wasn't necessarily concert music, so it became perfect to play in this concert-less time.

Yes, it was new for me. It was a very hard year, but the gift of Covid for me – if there was any gift – was that it allowed me the time to explore new repertoire. That new repertoire became Bach. I had always respected Bach, studied much of it, but never really had a personal connection or a desire to perform it, so it's not been a part of my professional life at all.

Why had you previously struggled to connect to Bach?

Until last year I didn't know what to do with it. For years I've said – and it's been very true – that I don't know how to play Bach on the modern piano, and I'm not sure I always like how it sounds on the modern piano played by other pianists. But I got to a point where I found the music itself just so powerful that I didn't care what instrument it was played on. And the fact that it has very few indications as far as dynamics or tempo is in some ways very liberating and very freeing.

And what made you choose the Overture in the French Style in particular?

That's a good question. I was playing through lots of Bach: lots of Preludes and Fugues, and Partitas, returning to pieces I'd learnt as a student. But this was a new work which I learned during Covid. I'd always been kind of fascinated by the piece but I'd never really found a recording that I particularly loved. But I was just reading through and it occurred to me: there's something about this piece which is really unique in his output, in that it is the most French of pieces. He of course wrote the French Suites, but in this work in particular, once you pass the big opening French overture, and then the long, very Germanic fugue, the other movements are light, airy, elegant, beautifully musically constructed.

And what led you to include the Kempff arrangements as well?

I've loved Kempff for years and I included those two pieces for a number of reasons. First, I felt that they were kind of a nice link between Bach and Beethoven as a treatment of Bach in a slightly 19th-century way. Second, Because they're just gorgeous melodies, and I'm a big believer in transcriptions of Bach. And then, third, Kempff himself was so strongly associated with both composers that it just seemed to make sense.

Originally you were planning a Beethoven-only album. How much of the Beethoven included on the album you eventually recorded was part of that original plan?

The original recording would have been three sonatas, so basically I just ditched one sonata and replaced it with the Overture in the French Style. The Beethoven sonatas of course I've lived with for years and years. I've always loved this "Sonata quasi Una Fantasia", No. 13. It's only 16 minutes and it's broken into four parts, but Beethoven takes on this really substantial story that gives the listener the impression at the end of it of having heard a 30-minute sonata. It's such a compact work, but so varied, and I've always felt it has kind of one foot in the 18th century, another foot in the 19th.

One chooses to record pieces for a number of reasons, and of course I thought for a second: why am I recording the "Appassionata"? It's been recorded so many times! But one of the main purposes of doing a recording is for your own wishes. It's music you want to record, and you feel you have something to say about, and I felt at the time I had something to say about the "Appassionata". It's such an incredibly interesting learning process to do a recording too: you get so much out of it as an artist. The "Appassionata" is also this powerful, passionate, earthy, let-loose kind of piece, and after this time of living in lockdown and having concerts cancelled and not being able to leave the home I just felt I wanted to let it all out – and that the "Appassionata" was the perfect vehicle for that.